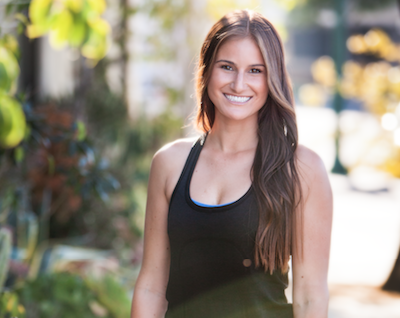 Today we’d like to introduce you to Shannon Pondella.

Shannon, let’s start with your story. We’d love to hear how you got started and how the journey has been so far.
For as long as I can remember, I have had a passion for fitness and sports. I played soccer for many years until suffering from an injury that lead me to studying Kinesiology in college. I studied at Arizona State University and worked in many fitness and health facilities for adults and athletes. In my last year of school, I worked in a facility designing sport specific workouts for young athletes. There, I found a strong passion in working with youth clients and inspiring them to grow and live a healthy life style. In 2009, I graduated and moved back to California where I decided to start surface fitness. I saw a need for a safe and secure place for children to move and be active and find joy and satisfaction in being physically active and part of a group regardless of their personal strengths or limitations. 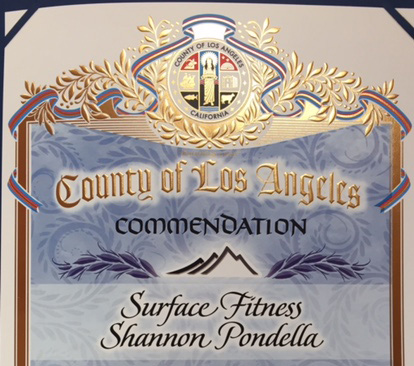 Surface Fitness is the proud recipient of the Business of the Year award, presented by the Montrose-Verdugo City Chamber of Commerce and the County of Los Angeles, in recognition of dedicated service to the affairs of the community and for the civic pride demonstrated by numerous contributions for the benefit of all the citizens of Los Angeles County.

Health Warrior, maker of superfood Chia Bars was on a mission to find the most unique and joyful places to get fit across the country. They believed that surface fitness is revolutionary in offering a space where children can come and enjoy exercising each and everyday! “You embody our belief that when fitness is fun it becomes more, it becomes movement- what our bodies were made to do”, they said. So we became part of the Joy of Movement Tour as they came and spent the day at surface with our fabulous trainers and amazing surface children! So grateful for this opportunity! Check us out and don’t forget to try a Health Warrior Chia Bar! 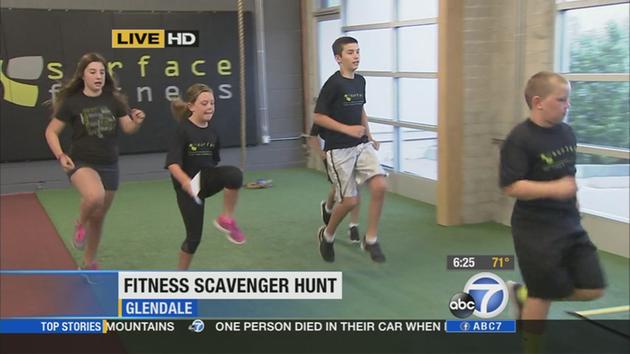 View the story on ABC7.com

Pondella grew up in Glendale with a family that spent much of their free time outdoors. At Crescenta Valley High School, she sprinted in track, and played softball and soccer. Her athleticism and love for sport led her to pursue kinesiology at Arizona State University, where she realized she enjoyed working with children.

As a certified personal trainer, her passion has now led her to create Surface Fitness, because “no matter what surface you’re on, there’s always a place to move,” she said.

Pondella trains young athletes or children who are new to physical fitness. With many of them, Pondella’s greatest goal is getting them to move. Often, when she meets children who have never skipped or jumped rope, she contemplates the sedentary lifestyle children have become accustomed to with the phones, computers and games that entertain them.